I normally never win anything, at least not that I can remember. Last Friday was already starting perfectly with first a package arriving that I was waiting for and then a lunch invitation to a really nice and fancy Italian place. After lunch I went on to check my Instagram account and it said I was mentioned in a post. Reading I could not believe it, I won! Matchashop, an amazing shop for everything Matcha in Berlin and online had a contest and you could win some really nice Matcha tea. Then this post mentioning me, actually said that I did win. Still in shock a bit and really happy because it made my day, my weekend and still makes me smile. Was even smiling more first time I tried the Bio Matcha Silk Premium by Teelirium that I won at the contest of Matchashop. 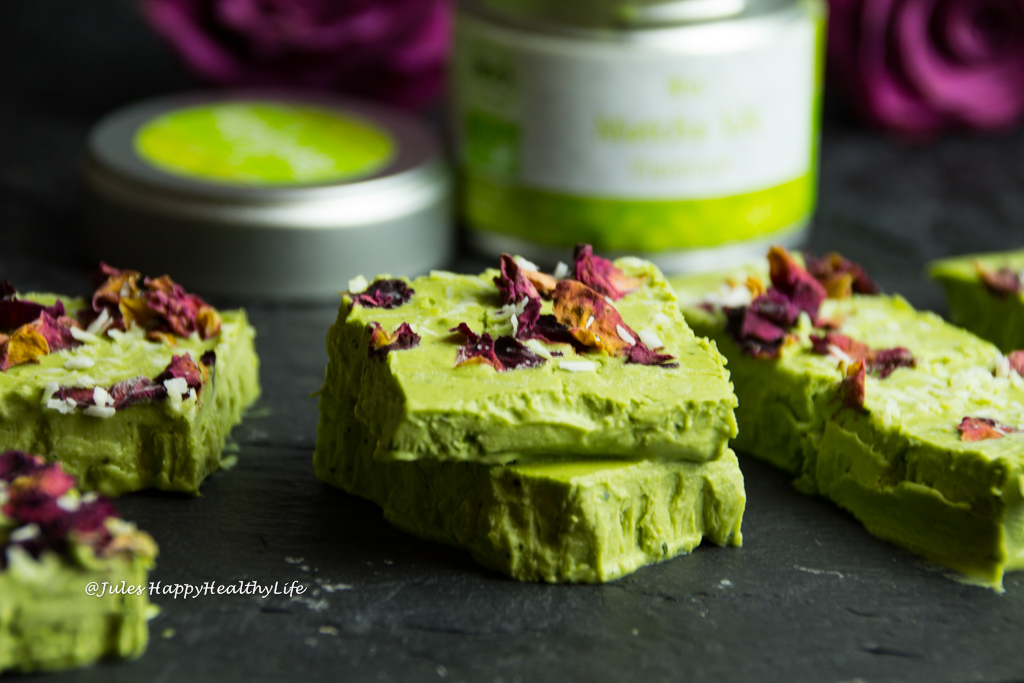 The Matcha Cheesecake Bars are so creamy and you need to be quick or they will melt away. Happened to me and I had to lick the plate, could not waste any of this delicious dessert. 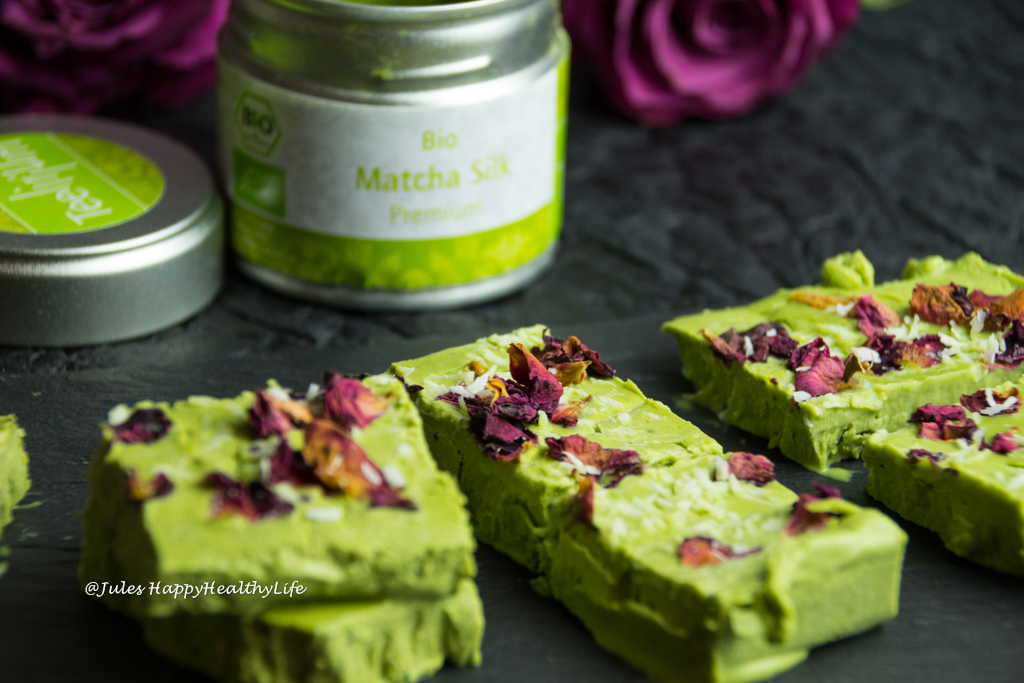 The Bio Matcha Silk Premium from Teelirium is with reason the pride of Japanese tea farmers. I rarely had such an amazing Matcha, very smooth. I can highly recommend it.

Made me realize again the big differences between a lot of the Matcha’s out there. Nower days you can buy Matcha pretty much everywhere but a lot of them do not have anything to do with the “Matcha idea”, how Matcha has been celebrated for hundreds of years in Japan already. In ancient history Matcha was used by the monks to stay alert while meditating and at the same time being very relaxed. This amazing benefit of Matcha is because of the l-theanin, which is a rare amino acid. _-theanin helps to create alpha waves in the brain, compared to the beta-waves that stress creates, this leads to the relaxation and alertness at the same time. 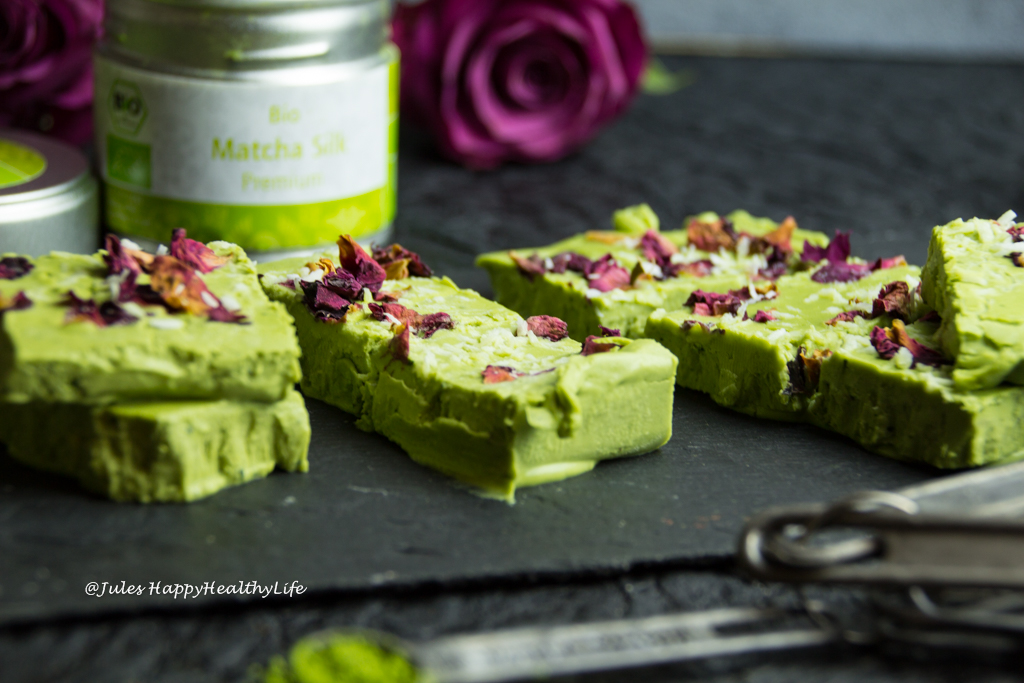 Matcha Cheesecake Bars are vegan and gluten-free but sure everyone will love them.

There are a lot of rumors, theories and stated benefits of Matcha. Some are probably true and have been tested but some are probably a bit exaggerated or even an urban myth. What is known and true is that Matcha contains a lot of important antioxidants know as catechins, especially important EGCg (epigallocatechin gallate) a cancer fighting one. Most teas do have those ingredients but since Matcha is ground tea leaves the effects are much higher. 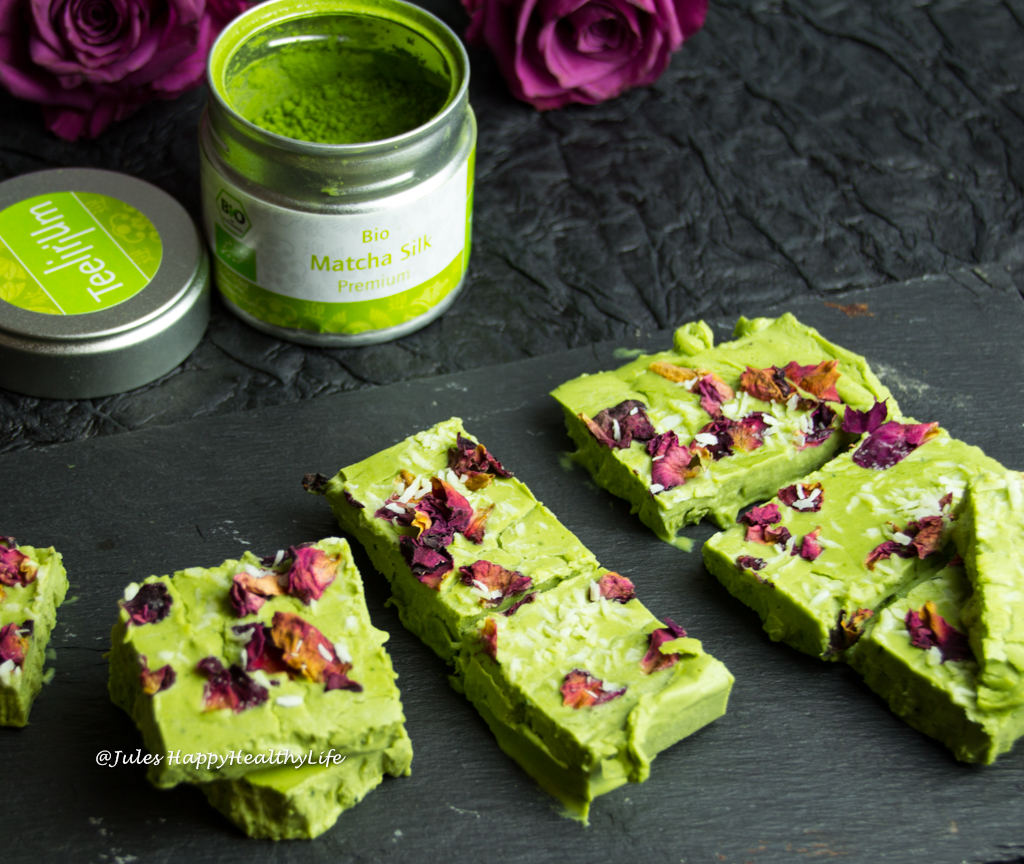 Because of the rare amino acid l-theanin Matcha helps to increase relaxation and alertness at the same time. Especially during stressful periods Matcha is a great drink. The l-theanin is only one of the beneficial factors of Matcha.

Welcome! My name is Jules or actually Juliane. With my love for amazing food, fantastic drinks and everything about „Cuisine & Food" I started this blog. Here I share all my favourite recipes, my favorite restaurants or specialty stores as well as posts about health and happiness. Stay tuned, hopefully come back and sign up for my social media channels. #juleshappyhealthylife